Industry Update is proud to announce that Watlow® has been selected as the recipient of our Outstanding Achievement Award.

Commemorated as an industry leader, Watlow provide a wealth of knowledge and experience to numerous industries. Alongside designing and manufacturing industrial heaters, temperature sensors, controllers, supporting software and all the components of a thermal system, Watlow also partners with its customers to optimise thermal performance, decrease design time and improve efficiency of their products and applications.

Established in 1922, and originally founded by Louis Desloge Sr., Watlow started out manufacturing electric heating elements for the shoe industry. Based in St. Louis, Missouri, the company is named after the reference ‘low-watt’ heaters which is used to replace steam heat, and later that year went on to produce its first heaters.

Today, Watlow is known on a global level, employing over 3,000 people who work within its nine manufacturing facilities
and three technology centres based in America, Mexico, Europe and Asia. It has broadened its reach to serve a plethora of industry applications that are added to year on year. Such industries include semiconductor processing, environmental chambers, environmentally friendly energy solutions, lifesaving medical and clinical equipment, diesel emissions and food service equipment. 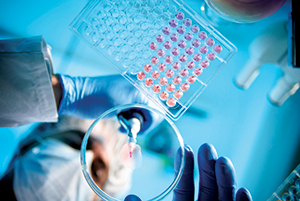 Watlow’s outstanding industry experience spans across many applications and allows the company to solve many challenging thermal problems. It leverages its own experience to solve new challenges, and this enables the company to have a broad standard product offering, resulting in rapid prototyping and fast cycles of learning. Instead of trying to optimise just one component, Watlow take a systems view. This way of working requires a strong customer retention as customers come to and stay with Watlow because they understand the regulatory environment its clients must operate in.

As an example of its outstanding service, when talking to a new customer, Watlow do not ask what type of heater, sensor or controller they are interested in. Instead, the company first explores their strategy for dealing with challenges at the device level, portraying a level of service combined with its industry expertise that other companies cannot compete with.

An example of an outstanding achievement from Watlow was when the company was on hand to aid a leading medical device company through a global technology summit. When asked to help share its advanced capabilities and jointly discuss
technology roadmaps,
Watlow proudly promoted how its global footprint allows for them to support customers globally. Throughout the summit, Watlow had an in-person representation to answer technical questions as well as showcase product demonstrations in all five locations.
As the summit happened concurrently across two locations in Europe, two in America and one in Asia, the appreciation for Watlow’s sustainable sales channels approach was applauded.

A recent innovative product Watlow has launched is the new 1/32 DIN PM LEGACY™ Controller. The product comes off the back of the introduction of its 1/16 DIN version which is part of the umbrella product line created for ease of use and simplicity for its customers. The LEGACY SERIES controllers feature a SMOOTH-TOUCH™ keypad which eliminates contamination points on the front of the controller, creating a better seal on the front panel as well as a function key for simple, one-touch operating of user-defined, repetitive activities. These are the first in the market to incorporate Bluetooth® wireless technology. Bluetooth® is used to enable EZ-LINK™, which is Watlow’s mobile app for setting up, monitoring and adjusting PM PLUS™ and PM LEGACY controllers.

In February, Tinicum, L.P. and affiliated funds managed by Tinicum Incorporated announced its acquisition of controlled interest in Watlow. The transaction with Tinicum will preserve Watlow’s legacy while accelerating investments to supporting growth with its global customers. As Watlow has plans to expand internationally, this acquisition runs adjacent to its goals which include the continued development of key technology advancements driven by Industry 4.0, and the addition of strategic products and capabilities through acquisitions and enhancement of operating capabilities and capacity.

COVID-19 has inevitably had somewhat of an effect on every business in the UK and in the world. Watlow has redirected its way of working to suit its employees and the industry. As much of the world has taken to remote working, Watlow has embraced this change. Placing many of its employees in a remote setting, the majority of its work fleet are still working from home. Despite facing uncertain times, the company has maintained the highest safety standards, and was able to obtain CRC, Inc. of Santa Clara, CA, USA, retaining vital support for its semiconductor business. Its recent partnership with Tinicum, also saw Watlow incorporate some organisational changes to adapt to the current times.

As a response to COVID-19, some of Watlow’s products have been heavily relied upon to supply the medical industry. The ULTRAMIC advanced ceramic heaters is a product of Watlow that has been used by a medical device manufacturer to help treat COVID-19 patients and has been an industry success. The treatment is proving effective in aiding patients steer clear of mechanical ventilators, this resulting in a faster recovery. This recent achievement echoes the incremental past 12 months which has seen Watlow increase many of its previous existing sales records, a remarkable accomplishment off the back of a global pandemic. Always keen to improve, Watlow will continue to grow and create innovative solutions to industry problems. The company will be continuing its strong relationships with both existing and potential customers and will also leverage its capabilities in new areas such as Industry 4.0. A key goal in Watlow’s overall growth plan focus for the future is to become an industrial technology company, which will add to its strategic approach to new markets. Targeting certain industry sectors such as the semiconductor, medical/clinical/analytical industries, Watlow is also keen to delve into energy and environmental technologies, including medium voltage and energy storage.

Relative to Watlow’s previous years forecast, its dedication to see continuous growth and development is crucial. The next 12 months is paramount for Watlow to continue on its previous year’s success, ensuring a precise and perfected approach it will be heavily focusing on an increase in sales for the next quarter. Its presence within Europe, America and Asia, has been outstanding and its journey since its establishment has been commendable on many occasions.

If you would like any further information on Watlow’s services and products, please see below.