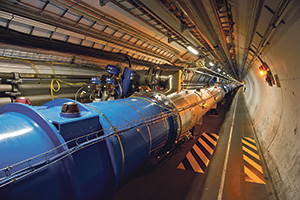 This was called PAD52 and was sold for 17 years until 2008. Indeed, many of Spectrum Instrumentation’s products have a life-cycle of over 10 years; the company is focused on creating long-term partnerships with its customers, and these long life cycles allow customers to sell Spectrum’s instruments without changes for many years.

As the company evolved over the years, Oliver Rovini took over the position of Technical Manager in 2000 after Michael Janz left the company, which led to the development of a new approach to Spectrum’s operations. “In the past, every product was developed from scratch,” explained Gisela Hassler. “This involved a new risk with every development. When Oliver Rovini took over the technical management in August 2000, he and his team of engineers directly implemented the modular design into the digitizer and AWG cards. A platform board containing the bus interface and the controller is combined with one or two analogue modules that house the data acquisition and pre-amplifier. This allowed us to launch a wide variety of products in a short period of time and customers were able to get a product that was right for them without having to pay for over performance.”

In 2013, the company launched an entirely new product group, the digitizerNETBOX, which was Spectrum’s first standalone product. “We saw an increasing demand for standalone products that don’t need a PC or PXI host system and a bunch of plug-in cards,” explained Oliver Rovini. “The digitizerNETBOX is extremely easy to use and connects to any PC or laptop. It can be carried around and can be shared in a lab. Furthermore, customers don’t need to think about available systems, power supply, cooling, system noise, size, or matching kernel drivers. The digitizerNETBOX and later the generatorNETBOX opened up new application areas that can’t be easily served by PCIe or PXIe plug-in cards.”

Some of Spectrum’s current notable products include the M4i.223x digitizer products with 8 bit and 5 GS/s sampling rate. Their fast re-arming time of 64 ns between trigger events and the block-average option makes these an ideal match for a number of applications. The M4i.663x 1.25 GS/s AWG series, which has a mixture of analogue and digital (marker) outputs, is ideal for physical experiments such as Quantum Research.

Furthermore, the new small size M2p platform, which was released in 2018 and 2019, is a modern general purpose Digitizer and AWG platform with a sampling rate of up to 125 MS/s and a card length of only 168mm, with up to 8 channels per card or 128 synchronous channels per system. By combining the card with the recently released digital option, the user can setup a mixed-mode system with synchronous fast analogue and digital input and output channels.

Spectrum will be celebrating its 30th anniversary on 6 December this year; over three decades, the company has gained customers from across the world, including numerous A-brand industry leaders, as well as hundreds of different universities and research institutes on an international basis.

All Spectrum products are developed, made, and tested in Germany, and the company also offers advice, service, repairs and even re-production for all products from the past 15 years. If you would like to find out more information on its full range of products and services, head to the website or get in touch using the contact details below.