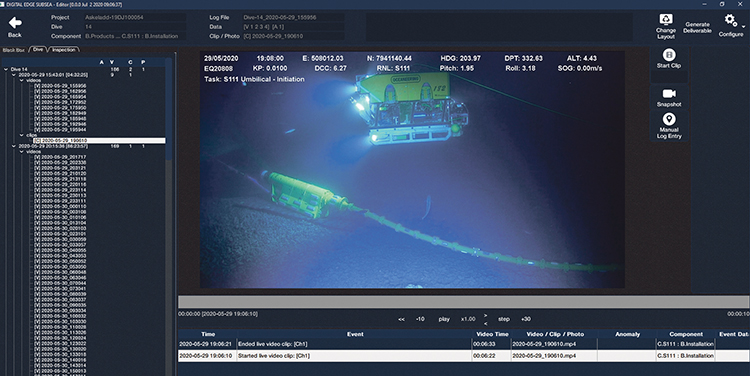 Within this issue of Industry Update, we have selected leading company Digital Edge Subsea, and have chosen them as the recipient of our Outstanding Achievement Award.

Digital Edge Subsea is a world leader in offshore digital video recording (DVR) + inspection systems. The company develops and manufactures DVR products for use throughout the offshore oil and gas industry including diving, remote operated vehicle (ROV) and topside operations. 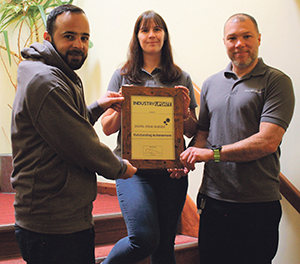 Established in 2010, Digital Edge Subsea first started out with its single channel SD digital video recorder and inspection system; the EdgeDVR. The EdgeDVR was originally designed by a pilot and 3.4u inspector within the ROV and diving industry. Digital Edge Subsea wanted to provide an option for the market of a simple, standalone solution that fulfilled most inspection needs. The EdgeDVR was specifically designed to aid pilots and inspectors and provide the client with the deliverable required. The EdgeDVR was created to be simple to use for personnel of different levels of ability and underwent strenuous testing to ensure that the system was reliable and provided good technical support which can be remotely accessed.

Digital Edge Subsea is based in Ulverston, Cumbria and maintains a selection of distributors in Aberdeen, Houston, UAE, Singapore, New Zealand, Brazil and Norway. The location holds a renowned reputation for housing subsea companies, including Tritech, Siemens, Orcina, Link subsea, Fortis Design and Blueprint Subsea. Ulverston is located 10 miles from Barrow-in-Furness, a few hundred meters off of the coast of one of Europe’s largest offshore wind farms. 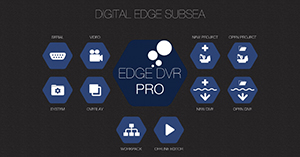 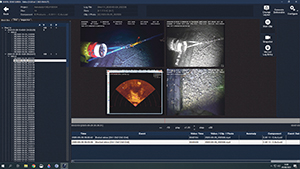 Digital Edge Subsea’s range of products is supported by its Managing Director John Benson and Inspection Manager Tracey Lawson’s combined offshore experience of 40 years in the subsea inspection industry. Through their extensive industry knowledge, Digital Edge Subsea ensures that all of its products have been designed for the ease of use of the end user. With this in mind, the company has launched its new option of a laptop range.

The laptop has the same capabilities as the rack mounted system and 4 channel HD recording capability. With a storage capacity of 3TB and an external 2TB SSD drive, which stores the survey data, the laptop provides ample amounts of storage space. Windows 10 operating system is stored on a 2 x solid state hard drive (Raid) which increases the speed and its reliability. The laptop is also available to work with each of the Digital Edge Subsea’s new range of Edge DVR V5 series software.

Digital Edge Subsea recently launched its New EdgeDVR V5 series range. After ongoing research and development, complemented by the company’s 10 years of valuable client feedback, Digital Edge Subsea has created its next generation of DVR. Version 5 of the EdgeDVR provides the same capabilities as the Version 4 but with the added advantage of being able to record four channels of HD simultaneously. The new version has been specifically designed to meet the technological demands of the industry to ensure that the new version is compatible with high definition cameras and sensors. Creating three different versions of the software, Digital Edge Subsea provides EdgeDVR Lite – entry level unit, EdgeDVR – For more in-depth surveys and inspections that require eventing and logging and EdgeDVR Pro – All the capabilities for the EdgeDVR plus a task based extended database and automatically generated infield reports that capture inspection results. 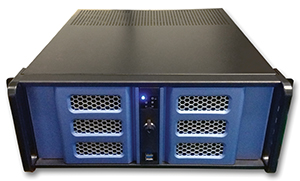 Marking a show appearance for Digital Edge Subsea, the company recently exhibited at the Subsea Expo. Attended by John Benson and Tracey Lawson among others members of the team, the company enjoyed their time at the event that ran from 11-13 February 2020 in Aberdeen. Providing a platform for the company to showcase their new systems and gaining vital networking opportunities, the team were able to meet and talk with clients and potential clients and received extremely positive feedback on the new Version 5 Edge DVR.

For any further information on the company, please see the details featured below.
T +44 (0)1229 206456
www.digitaledgesubsea.com